Did Someone Just Say - "101 Years of Gamification"?

That's correct. Just like like the shock some of our younger staff members experience when we show them that many common Direct Marketing techniques preceded the internet era, "Gamification" itself is something that preceded the digital era as well. While some might put the start of it all with the Boy Scouts awarding their badges from 1911, we think a more deserving start point would be the introduction of "A Prize in Every Box" of Cracker Jack's in 1912. And as we will show in our next article, pyschology demonstrates how we are wired to respond to these techniques. For today, we will talk a bit about how those techniques have been deployed and mastered over time.

Since a humble beginning in 1912, the analog world has served up plenty of memorable, if primitive, examples that were all part a developing mindset we know leverage daily in our digital world. Food has always been leader in this field - think of the millions of people that play "Monopoly" at McDonald's every year since 1987. And since 1973, children around the world have enjoyed the "Kinder Surprise", a German-manufactured Italian confection named after an Austrian that provides a toy to assemble with every chocolate egg, which itself was preceded by a similar confection created in Argentina in 1962.

The Gamification of Traditional Sightseeing

Examples exist outside of the food industry too, where the line between "gamification" and "cheap promotion" is a thin one (see "Happy Meals"). Japan has a number of interesting examples including 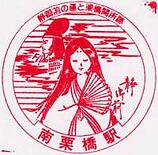 something called a "Stamp Rally". In one version that is still common today, it is used to promote tourism. Visitors to a local tourist spot would receive a small booklet. "Stamping stations" placed around key sights and monuments are each set up with a special stamp and inkpad, and upon reaching the location, the holder of the booklet would stamp one of their pages. Collecting all the stamps might result in a souvenir or a free pass to an event.

Stamp Rallies can be as modest as a one day kids-only event at a festival and as grand as one that covers eighty train stops spanning the length of the country.

Education as The Bridge to Digital

Closer to home and to our digital age, gamification started in schools almost as soon as there were computers in schools. While many schools had home-made "games" to promote learning as early as the 70's, mass-produced software that gamified the learning process came out in the mid-80's with the "Reader Rabbit" series being one of the more successful ones.

So yes, while the term itself has only been with us for a few years, feel free to celebrate our second century of a technique that makes everything just a bit more fun...

Modern Brands and Their Games

To see how some modern Brands do Gamification right in the digital age, download our latest eBook - "Gamification in B2B Marketing is About Addiction, NOT Games":